What are moving averages? And why is it so important for Trading?

Moving averages is quit known technical indicator that’s been used in the trading world by many successful professional traders. Moving average is the average price movement of an x numbers of bars. In this section you will learn what a SMA and what an EMA is. And you will learn how EMA’s provide you an opportunity to make money. 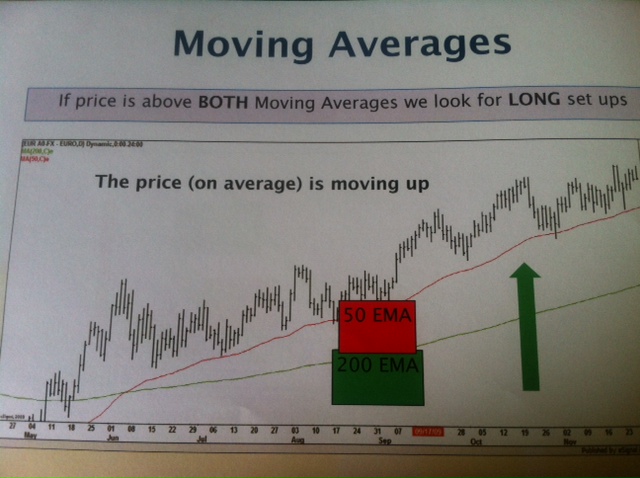 What does a moving averages tell us?

How can you make money in trading with using the moving averages indicator? Before we answer you that question let us first explain what a SMA and an EMA is.

SMA stands for simple moving average and EMA stands for exponential moving average. The difference between an EMA and SMA is that the recent price change has more effect on EMA then SMA. The reason for that is that the calculation formula of EMA is has more weight on recent price changes then a SMA calculation formula. That’s why we at 101trading.co.uk prefer to use EMA.

The benefit of using multiple EMA’s is that it gives you a more accurate picture of the trend. Most common EMA’s used are the 20 EMA, 50 EMA, 100 EMA and the 200 EMA. The bigger the separation between these EMA’s become, the stronger the trend becomes. 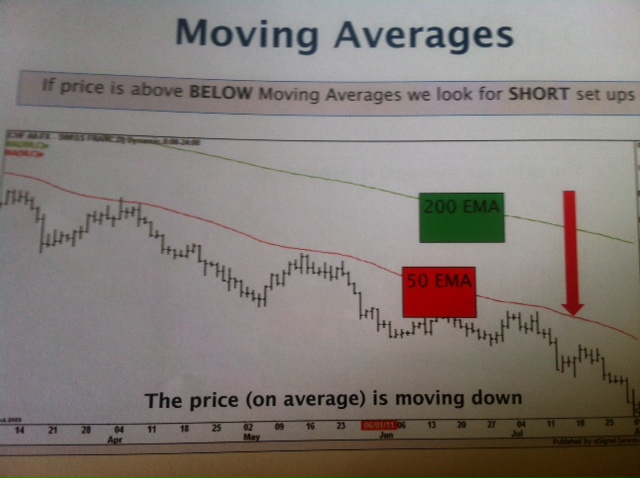 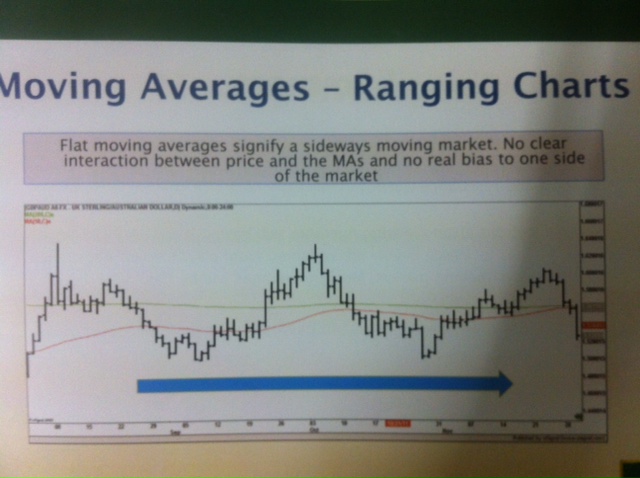 How to make money in trading by using EMA’s?

When the markets are bearish the prices usually move below the moving averages of 200 EMA and 50 EMA. In this case you can make money by going short or buying put options.

When the markets are bullish, you will see that prices are moving above the 50 EMA and 200 EMA. In this case you make money when you buy the security or make more money by trading in the CFD’s of the security.

When the moving averages are moving flat it signify that market is moving sideways. With this movement you can only make money by writing options.

Learned enough? Sign up for free and start trading now.

Learn how to make money by reading our trading articles