Blog
You are here: Home1 / Blog2 / Experts3 / Fundamental analysis for experts4 / Greece Euro exit nearby or still far away?

With the recent development in Greece Euro situation many are asking this question: Will Greece stay in EU or not? In this article you will find our thoughts about the Greece situation and how we are thinking on to set up a trading plan for that.

On friday 24th of April Jeroen Dijselbloem said in the Greece Euro situation that there will be no funding for Greece until they have met requirements that’s been set by the Eu. Yesterday on the 27th April the prime minister of Greece Tsipras announced that the negotiation team has been reformed. Greece financial minister Varoufakis got replaced by Tsakalotos.

The markets reacted positive on those development in the Greece Euro case. We have to mention that the markets were already in a good mood because of the good earnings from companies that publicised their first quarter results.

Today the 28th of April 2015 the Greece prime minister Tsipras announced that if the bailout terms are not fair in Greece Eu situation, then the prime minister have to held a referendum.  This way the citizens of Greece can choose if they want to support the EU bail out deal or not. (sources : Financial Times)

What do we at 101trading.co.uk expect?

Its difficult to say of what to expect. In the Greece Euro case we think that both parties will strike some kind of a deal. We have noticed that Greece have changed their attitude a little bit towards the EU since the Greece election. According to the dutch news paper “de volkskrant” Tsipras is willing to break a few of his election promises. (source: volkskrant)

We believe that EU won’t let a Grexit happend because of the following reasons:

Now its up to EU to loose up a little bit and offer Greece a better deal.

How do we plan to make money?

On judgement day of Greece we will take a small position of cfds and options and create a strangle. 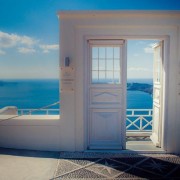 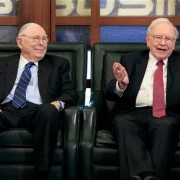 Alibaba stock: Good or no good?

Forex day trading with currencies in 24 hours
Scroll to top
We use cookies to ensure that we give you the best experience on our website. If you continue to use this site we will assume that you are happy with it.Ok